My AP English class had just recently finished reading the novel 1984, an assigned reading for both in of and out of class. Let me tell you, this was one of the best books that I read in any English class. It was both easier to read than other novels like Shakespeare since it was written in 1900s (thank god for that) and an enjoyable read since it had sci-fi and suspense. *SPOILER* *SPOILER* *SPOILER* As I reached the final part of the book, I was disappointed to read that not only has the protagonist fallen to the will of Big Brother, but his relationship with Julia will forever be damaged and their love for each other broken. It was then where I both cursed the reading requirements of AP classes and realized that almost all AP English class books had one thing in common. They are all DEPRESSING.

Don’t agree with me? The books in my English classes had me read were all pretty depressing. An example would be Othello. What was a book about a best friend tricking you and lying to you becomes a husband killing his wife in jealousy and then finding out she was always faithful, finding out you killed her and didn’t give her one day to live after begging…and if you had waited you would have seen she was innocent. FAN-FU**ING-TASTIC! Are you freaken kidding me? This is the type of book you want people to read? Made me want to throw the book at my friend next to me when he laughed!

Not enough proof you say? Another novel I was forced to read in my AP English classes is The Jungle. Now if you had read it before, you would know this story is all about disappointments and depressing news. First they bought a home that is literally sucking their savings down a tube, bring all sorts of problems with having the money to support themselves. Next, the protagonist finds out that his wife has been blackmailed into sleeping with the boss and he is then fired after confronting the man. Sounds absolutely happy right? And then we find out after a trip in the country side, he comes back and works which is good right? Helping support the rest of his relative and his only son. ONLY TO FIND OUT HIS SON DIES IN THE STREET FROM DROWNING! I mean come on! Is this guy’s life all about how hellish it is?! 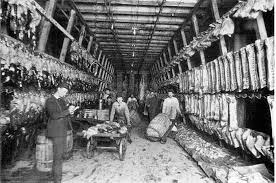 Get it yet? Almost all the books that the AP English classes made us read, have all had one thing in common. Almost always having a bit of hope in the beginning and then crushing it under its little dirty pages. I am honestly anticipating how horrifying the next book have to read will be like. That way next time those novels literally throw in more tragedy, at least I would have hardened my heart enough to take it.

Like playing S4 League, looking up funny memes, interested in the supernatural, etc.
View all posts by s4patrick